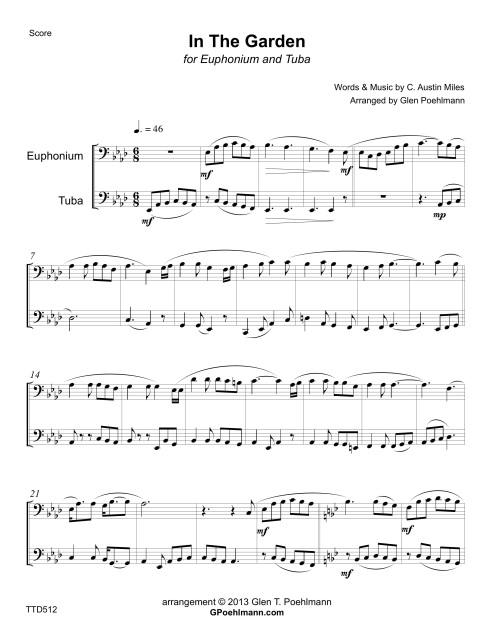 This duet can be played by Tuba and Euphonium, Trombone or Baritone Treble Clef. 2 rehearsal sound files are included.